Unfortunately, nursing home abuse is all too common in Illinois and throughout the United States. If your loved one as has been the victim of nursing home abuse in Chicago or another area in Illinois, contact the experienced and compassionate nursing home abuse attorneys at Karlin, Fleisher & Falkenberg, LLC by calling (312) 346-8620. Our skilled legal team can help you fight for your loved one’s rights and help you pursue the maximum compensation for the physical and mental pain your loved one suffered. You can schedule a free and confidential consultation, during which we will listen to your story and discuss all your legal options.

NBC 5 Chicago reported in October 2018 about nursing home workers abusing a man with dementia with taunts, mockery, and lewd suggestions in coercing the man to take off his pants and expose his genitals. The abuse came to light when a former nursing home employee saw a video of the incident on Facebook Live and showed it to the victim’s family, according to the lawsuit.

The victim’s family immediately contacted the facility and is now taking legal action. The short but shocking video shows employees members at a nursing home in South Holland, a south suburb of Chicago, taunting the 76-year-old man. The alleged abuse occurred in July 2018.

The attorney representing the victim and his daughter who filed a suit named the nursing home and four caregivers for violating the Illinois Nursing Home Care Act. The attorney said her client was taunted and bullied by in a demoralizing and demeaning manner.

The lawsuit alleges that the defendants publicly broadcasted their exploitations the man via Facebook Live so the world could laugh at him. The victim had resided at the nursing home for approximately eight months.

Abuse and Neglect In Moline, IL

Quad-City Times reported that Rosewood Care Center in Moline, Illinois was fined in March 2019 for incidents related to elderly abuse and neglect. The 120-bed facility was cited for three licensure violations, all considered high-risk, and carrying a fine of $2,200.

Four patients reported verbal abuse and neglect, according to the Illinois Department of Public Health (IDPH) fourth-quarter report. Two of them reported suffering from emotional distress.

These fines and violations are the second in less than a year. The nursing home was fined $27,200 in July 2018 for incidents related to elderly abuse and neglect, resulting in the emergency hospitalization of one patient.

An IPDH report states that a female patient suffered verbal abuse and neglect on Sept. 24 when a nurse’s aid was using a mechanical lift to transport the patient into the shower. During the transfer, the woman’s urinary catheter became caught on the lift and started pulling on her internally, causing her severe pain. When the patient told the aid that she was wearing a catheter, the aid said she had been an aid for 10 years and knew the patient had a catheter.

The patient then told the aid that she did not care how long she’d been an aid and said it hurt. The aid then said, “I don’t care how long you haven’t walked.” The aid continued with giving the patient a shower and the patient later said it was “the worst shower she ever had.”

After the horrific incident, the director of nursing met with the patient, who said the incident made her angry and that she was made to feel worthless by how she was treated. The aid was terminated a few days later and barred from returning to the nursing home.

The IDPH reported incidents on neglect in July 2018. In multiple cases, a female aid responded to call lights for help by walking into the patients’ rooms, turning off the call lights, and exiting without offering any assistance.

Infections and Neglect in Chicago

A September 2018 report in the Chicago Tribune highlighted the problem of deadly infections resulting from untreated bedsores and injuries in understaffed nursing homes in Illinois. The story centers on the case of a woman who sued Lakeview Rehabilitation and Nursing Center in Chicago, accusing the facility of negligence and wrongful death in caring for her father who died in March 2014.

The woman noticed a purplish wound on her father’s lower back as he lay in a hospital bed a few weeks prior to his death. The man grimaced in pain as nurses turned over his frail body, exposing the deep skin ulcer, also known as a bedsore.

The woman alleges that the staff at Lakeview Rehabilitation and Nursing Center never notified her of the severity of the bedsore, which led to sepsis, a serious infection that can turn fatal if not properly cared for. While a resident of Lakeview and another Chicago nursing home, the man required multiple trips to hospitals for antibiotics and other sepsis care, including painful surgeries to cut out dead skin surrounding the wound, according to court documents.

The case is among the thousands throughout Illinois and the rest of the country that allege nursing home patients suffered hospital treatments for sepsis that many of the lawsuits claim never should have occurred. An investigation by the Chicago Tribune and Kaiser Health News and found that nursing homes have failed to prevent bedsores that can lead to sepsis.

While no agency tracks sepsis cases closely enough to know exactly how often these infections turn deadly, a federal report has indicated that health care related to sepsis was the most common reason given for transfers of nursing home residents to hospitals. The report said that that such cases resulted in death significantly more often than hospitalizations for other health conditions.

Analysis conducted for Kaiser Health News by Definitive Healthcare, a health care data firm, suggests that the human and financial toll from these cases is massive. Analyzing data related to nursing home residents who were moved to hospitals and later died, the firm discovered that about 25,000 residents per year suffered from sepsis and other related conditions. Treatment of such conditions costs Medicare over $2 billion annually, according to Medicare billings analyzed by Definitive Healthcare.

If you suspect your loved one has suffered abuse at a nursing home, the Chicago nursing home abuse attorneys at Karlin, Fleisher & Falkenberg, LLC can help you take legal action against the responsible party or parties. To pursue compensation for your loved ones’ suffering, contact Karlin, Fleisher & Falkenberg, LLC today by calling (312) 346-8620 to schedule a free consultation. Our compassionate and experienced attorneys are ready to help you overcome the challenges that come with finding out a loved one was abused in a nursing home. 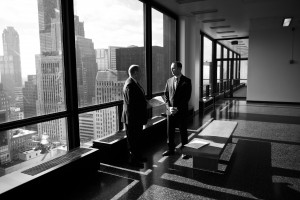