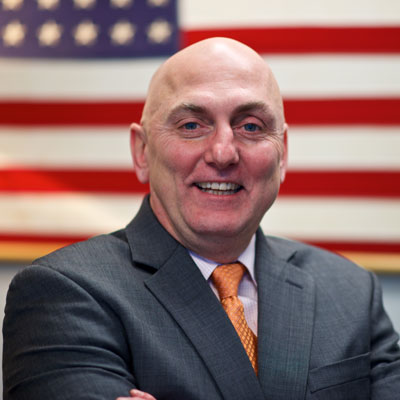 Recognized by his peers as a “Leading Lawyer” from 2004 to the present, Mr. Fowler has a successful and wide-ranging litigation practice involving personal injury, employment discrimination, commercial litigation and attorney disciplinary matters. In addition to representing the catastrophically injured, he has defended many high-ranking government officials and prominent attorneys. He also dedicates a substantial part of his practice to helping our most dispossessed population, youthful wards of the Department of Children and Family Services, get the justice they deserve.

After graduating from the University of Notre Dame and Loyola University School of Law, Mr. Fowler joined the firm of the prominent trial attorney, Donald Hubert, in 1986. Two years later, Mr. Fowler argued a seminal legal ethics case in Illinois, In re: Mason, 122 Ill. 2d 163, 522 N.E.2d 1233 (1988), before the Illinois Supreme Court. In 2003, Mr. Fowler became a partner in Mr. Hubert’s firm, which became known as Hubert, Fowler & Quinn. After Carolyn Quinn’s elevation to the bench and Mr. Hubert’s untimely death in 2006, Mr. Fowler became “Of Counsel” to the Gloor Law Group, LLC, and subsequently, a director in the firm of Tribler, Orpett & Meyer, P.C. before joining Karlin, Fleisher & Falkenberg, LLC.

Mr. Fowler has tried over fifty cases before juries and judges in both state and federal court and before administrative agencies such as the Department of Professional Regulation and the Attorney Registration and Disciplinary Commission, and has over thirty reported appellate decisions to his credit.

Many of Mr. Fowler’s cases have drawn extensive media coverage or have involved pressing social issues. For example, the widow of a union carpenter, whose husband was gassed to death in a widely publicized industrial accident at a Reynold’s Aluminum plant, turned to Mr. Fowler for help because Reynold’s refused to take responsibility for the gassing. Mr. Fowler established the company’s fault and secured a $ 4.5 million dollar settlement for the widow. In another high profile case, it was Mr. Fowler’s briefs that resulted in the dismissal of the Better Government Association’s attempt to reverse the City Council’s election of former Mayor Eugene Sawyer. Similarly, in one of the most highly publicized police brutality cases in recent Chicago history, Mr. Fowler’s efforts on behalf of the Chicago Police Department led to the dismissal of the Civil Rights Actions brought by Jeremiah Mearday against numerous police officers. And when, in a nationally publicized case alleging violations of the Americans with Disabilities Act, the Special Olympics of Illinois was sued for the first time in its forty five-year history, the agency entrusted its defense to Mr. Fowler who fostered a highly favorable outcome for the venerable organization.

In perhaps one of the highest compliments received by him, Mr. Fowler’s peers (other attorneys) regularly turn to him when they are in need of representation. Mr. Fowler has testified as an expert in legal ethics and regularly advises law firms and individual lawyers in ethics matters, ranging from internal ethics investigations, “Himmel Opinions,” fee disputes, partnership matters, sanction motions and motions to disqualify. He regularly defends attorneys in disciplinary matters before the Attorney Registration and Disciplinary Commission, defends Judges before the Judicial Inquiry Board, and candidates before the Illinois Supreme Court Committee on Character and Fitness. In this role he has acted as local counsel for Professor Alan M. Dershowitz and put President, then Illinois Senator, Barak Obama on the witness stand.

Mr. Fowler regularly draws on his nearly thirty years of trial experience to bring just results for injured persons. He has handled hundreds of injury cases over the years, several of which have been featured in the Chicago Lawyer’s yearly survey of the highest settlements in Illinois.