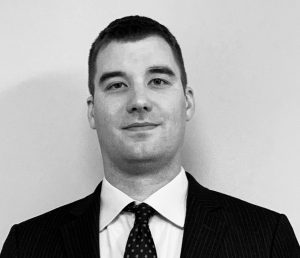 Nick joined Karlin, Fleisher & Falkenberg, LLC in April 2019. He has devoted his practice to personal injury, medical malpractice, and nursing home abuse cases since receiving his law license in 2010. In 2018, Nick was selected as a top 40 under 40 attorney by The National Trial Lawyers. Nick has handled hundreds of cases ranging from wrongful death, premises liability, dram shop, auto collision, medical negligence, and products liability. He has tried over a dozen jury trials to verdict, participated in nearly one hundred arbitrations, and resolved dozens of cases through pre-trial mediations.

Since 2011, Nick has served on the board of directors for the Chicago Chapter of the American Constitution Society, a leading national progressive legal organization.