If you suffer from depression, bipolar disorder, or anxiety, finding an antidepressant medication that can relieve your symptoms may seem like a blessing. It can take months or years to find the right medication or combination of medications that will resolve your depressive condition. You hope that your doctor has given you the right medications and that the drugs were manufactured correctly.

Sometimes, doctors believe a medication is safe when it isn’t. Or researchers learn about drug interactions after a medication is already on the market. When a medication accidentally harms patients, you may need to contact the Chicago dangerous drugs attorneys of Karlin, Fleisher & Falkenberg, LLC to learn what your options are. 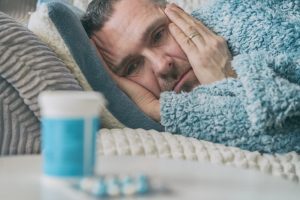 The class of drugs called “antidepressants” is large and includes a number of medications that are no longer in use. These older drugs are sometimes mentioned in doctor’s literature, but they are not used because of their severe side effects and the need for constant blood level testing. One drug from this list that is still in use is lithium. Lithium is sometimes prescribed to treat or prevent manic episodes for people with bipolar disorder.

The current popular antidepressants are selective serotonin reuptake inhibitors (SSRI) and serotonin-norepinephrine reuptake inhibitors (SNRI). Although doctors aren’t completely sure how these work, it is believed they block the breakdown of certain neurotransmitters. A lack of these neurotransmitters is thought to be a cause of depression. SSRIs and SNRIs are notorious for causing drowsiness and weight gain, but they have few other serious side effects.

It is important to note that antidepressants are not medications that will make depressed patients feel better immediately. Your doctor should take the time to explain that it could take weeks or months before your mood changes. The change could be slow, and unlike the timeline suggested by cheerful TV commercials, you won’t be feeling bright and sunny in no time at all. Antidepressants may make you feel normal. If they make you feel worse, you should tell your doctor immediately.

When You May Have a Case

In medicine, there are no guarantees, and psychiatry is a medical practice. Unlike setting a broken bone, where the doctor can check an x-ray to see if things are healing correctly, your psychiatrist can only give you medication and wait with you to see whether it works. Because of that, you can only sue for dangerous drugs under certain conditions. 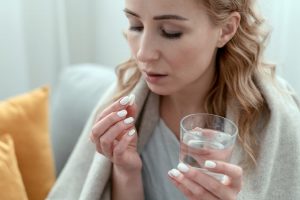 Making the Decision to Sue

It can be hard to decide to sue your psychiatrist, even if you think they did something careless or negligent. If you believe that you have been harmed because your doctor or a drug manufacturer did not handle the medications properly, then you have a right to fair compensation for your injuries.

If you think the antidepressants prescribed for you were responsible for harming you, the first thing you should do is talk to your doctor. If something is wrong with your medication, your doctor is the one who can adjust your dosage or change the brand you are using. Never stop taking your medication just because you think something is wrong with it. Antidepressants, like any other drug, can cause serious withdrawal effects.

You should also consult with a legal professional. An attorney knowledgeable in medical malpractice and product liability can explain your legal options to you and what needs to be done to prove your case.

For instance, if your doctor started you on a new antidepressant and you began experiencing symptoms of serotonin syndrome, the first thing to do would be to let your doctor know something was wrong. That might not be the end of it, however. Suppose you had also switched to a new pharmacy, and the new pharmacist had given you the wrong prescription. Your attorney would review your case and determine that you might not have a case against the doctor, but you might have a case against the pharmacist who gave you an incorrect prescription. If you have pressing questions about your case, don’t hesitate to contact us.

If you believe that you have suffered an injury caused by an antidepressant that was given to you incorrectly, contact the legal team at Karlin, Fleisher & Falkenberg, LLC. We will review your case and let you know the best way to proceed. Whether the matter is best handled as a personal injury claim, a medical malpractice case, or a product liability case, we can take care of the matter in a way that best protects your rights.

Call us at 312-346-8620 or reach out to us online to arrange your confidential consultation today. Karlin, Fleisher & Falkenberg, LLC is standing by to help you get the compensation you deserve.